In The Spotlight: Mal Pattison 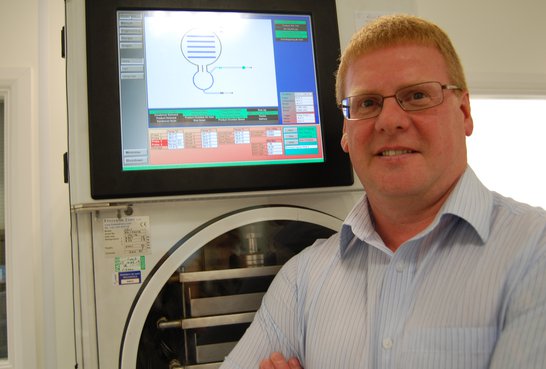 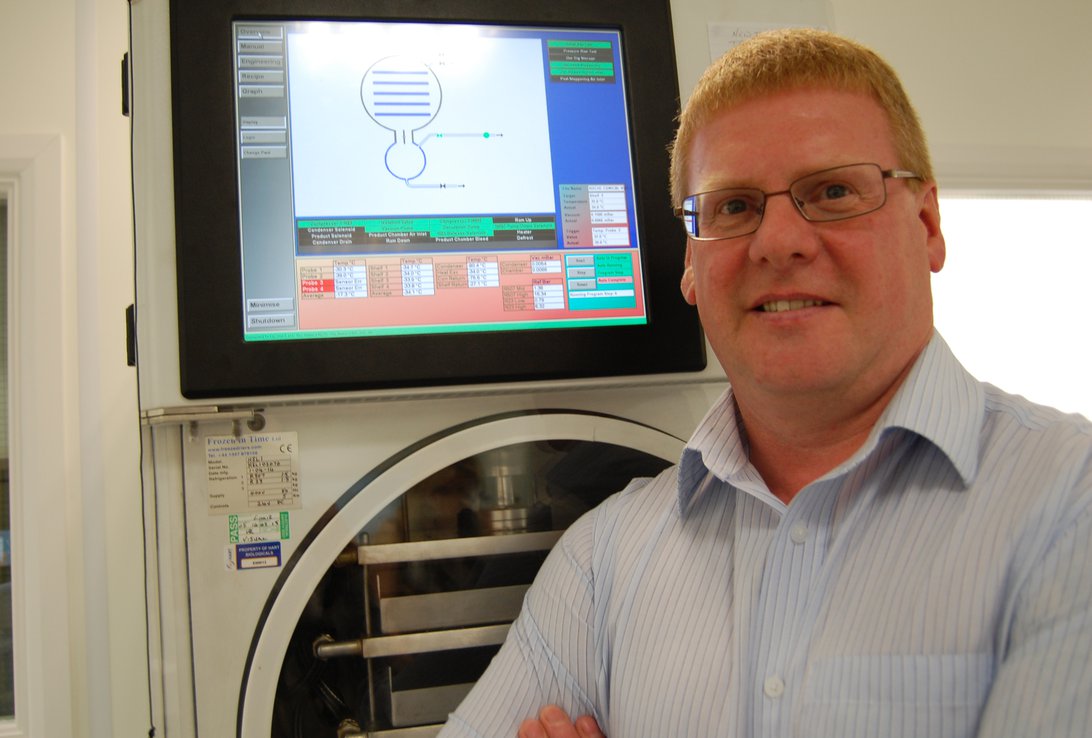 Those were the words of HMS Neptune’s Lt Commander Thomson over 30 years ago.

In the time that has passed, not much has changed about Malcolm Pattison, a member of the Hart Biologicals team with a very interesting past.

Since those Navy days, Mal has transferred his skills from engineering and maritime life to support the development of the medical diagnostics company, most recently in being appointed Operations Director.

Mal was born in Hartlepool, and after attending Grange Juniors and going on to Manor Comprehensive School, he made the decision to join the Navy when he was 17.

Mal, who is married to Pauline and dad to Christopher, 31, and 29-year-old Daniel, recalls: “I made the judgement and travelled down to Plymouth’s HMS Raleigh, a training establishment, to complete my basic training.

“For the first three weeks you aren’t allowed to mix with the other cadets, this is to stop horror stories spreading and them playing tricks on you.

“I began as a Junior Marine Engineer and Mechanic second class. This was the lowest you could get in my field, I literally went straight into the first stage and had to work my way up.”

Although excited at the prospect of joining, one thing Mal had to let go of was his distinctive red hair.

He continued: “I had my hair almost down to my shoulders so it was straight to the barbers on-board, I remember he asked me how I wanted my hair before he shaved it all off to about 2mm!!.

“Luckily being in the Navy, I got to have it a bit longer again – there has to be enough so that if you fall overboard you can be grabbed by your hair.”

Although daunting at first, Mal enjoyed every second finding a real passion for his work.

He added: “I moved up quickly through the ranks and was stationed on many different ships.

"One of my favourites would have to be the HMS Alderney, I was a Chief Marine Engineer by then.

“Now everyone was slightly afraid of the Chief Stoker and I used to play on it. If ever the ship morale was lagging and people were neglecting their duties, I would walk round and pick up people on their uniform telling them to clean their shoes, sort out their appearance. Reverse psychology works wonders!

“At the same time, people knew they could come to me about problems, when stationed in Northern Ireland, one engineer who was going through a particularly bad time at home came to me a little tanked-up at about 2am devastated about his family life.

“That was all I needed to know, by 7am I had called in favours and he was picked up by a helicopter and allowed to travel home.”

Mal’s actions pay a constant testament to his personality, and this can be seen when looking through his Navy reports.

J A P White, a Lieutenant Commander, refers to Mal as “extremely competent, knowledgeable and utterly dependable” while another calls him a “highly respected senior”.

Now 53, Mal continued: “If you worked hard then it was always noticed. When my wife Pauline was due to give birth to our first child, they sent me home from Australia (Club Class!) and got me home for the birth.

“I was fortunate I didn’t face any battles, but I was nearly stationed in the Falklands. Fortunately the ship I was serving on, HMS Rothsey crashed into the jetty so they didn’t trust us to go through to the Falklands. A lucky escape!

“I joined in 1978 and completed my 23 years in service, if you want to stay on you can for another 10 years and they had asked me to, but I decided it was my time to leave and do something else.”

Mal left the Navy and pursued his passion for engineering working at Sir Joseph Isherwood’s, as an ILS engineer, looking at drawings and writing up manuals for pumping and electrical systems. In 2002 he was called on by his brother Alby for help in setting up his new venture.

He continued: “At first it was working alongside Alby, Lynne, Pauline and Bob - the four founder members of Hart Biologicals - moving equipment and helping Alby relocate from Manchester.

“I was needed more and I was beginning to use weekends and any spare time to help out. With work picking up, I knew I was needed here full-time.

“I’ve had many job titles here, but I’m delighted to be appointed Operations Director. It means I can make more urgent decisions when Alby is travelling and things can continue to move along.

“A day for me is never the same, I can be doing anything from working on an accreditation, creating manuals or identifying which departments need my time while trying to catch-up with my emails in-between.”

As well as a busy work-life, Mal also has a hectic family life with sons Christopher and Daniel and now four grandchildren.

Mal said: “The grandchildren definitely keep me busy but when I’m on my own I’m always making things, whether it’s fixing things around the house or making things for the grandkids.

“One thing I’m particularly proud of is a handmade box I made my boys over 24 years ago to keep their LEGO in, they still have it and I’ve just made two new ones for the grandchildren with their names. It’s much nicer making things I know they can have forever with a sentimental value.”

With a happy family and work-life Mal shows no sign of slowing down.

The closing remark from his report from Lt Commander Thomson reads: “A smart, cheerful, quick-witted and popular man whose motivation, loyalty and co-operation have been a fine example to his subordinates” could not reign more true as Mal takes up his new role.