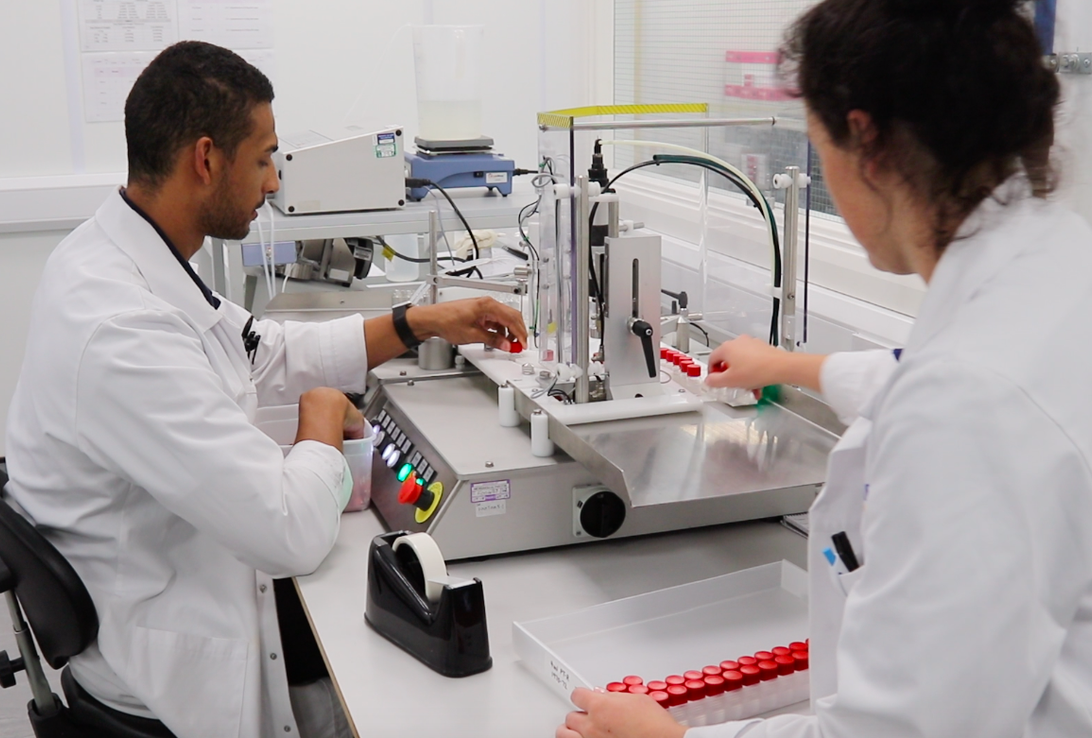 Each stage of this department has key responsibilities to work together, ensuring maximum efficiencies and outputs, helping to continually monitor standards of production.

Jason Pattison, Operations Manager, and Nicole Slater, Production Supervisor, give an overview of the production.

The team is made up of eight members of staff including a supervisor, three manufacturers, two in packaging and two labellers.

Nicole said: “The team is fantastic, and we have had a great bond from working together every day.

“We’re tasked with making the products so we’re quite an integral part of Hart Bio. That said we’re all important parts of a larger team and that’s what makes Hart Biologicals so great.”

The production department at Hart Biologicals works on a variety of projects and innovations to keep up to date with current work. One of these recent projects includes updating safety and chemical risk assessments through COSHH (Control of Substances Hazardous to Health).

Nicole continued: “We’re also looking at improving our waste disposal processes by identifying what waste is being produced during manufacturing of products and we’re working really hard on streamlining our SOP (Standard Operational Procedure).”

For Hart Bio, the production team is the heart of producing quality products to distribute to its customers throughout the world. Some of these products include theManchester Capillary Reagent and Platelet Aggregation Products.

Jason said: “Nicole has done a really good job of introducing ideas and training plans since taking over her role as Supervisor.

“We are certainly looking to increase on production, so it is an exciting time.”

Nicole is keen on improving the quality and skill of the production team by following a guide to manufacturing that indicates excellent assembly.

She said: “We follow every component to the BOM (Bill of Materials) and highlight any issues throughout the process through multiple checks.”

Nicole and Jason continue to refer to the department as key aspects of the company with important roles that equal success.

Jason concluded: “The future is bright at Hart Biologicals and we hope to continue building upon our successes not only in the production department but throughout the company.”

For more information on the products developed by the production department at Hart Biologicals, you can click reagents or instruments to go to their respective webpage.