A fond farewell to Colin Ayres 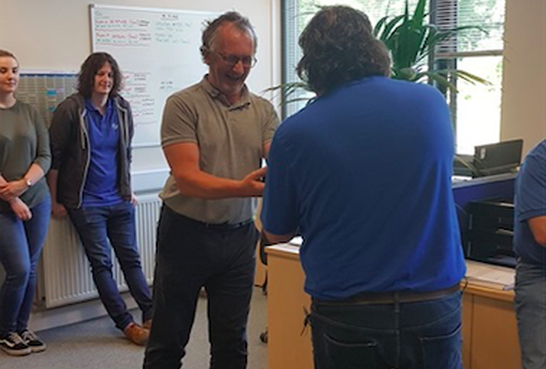 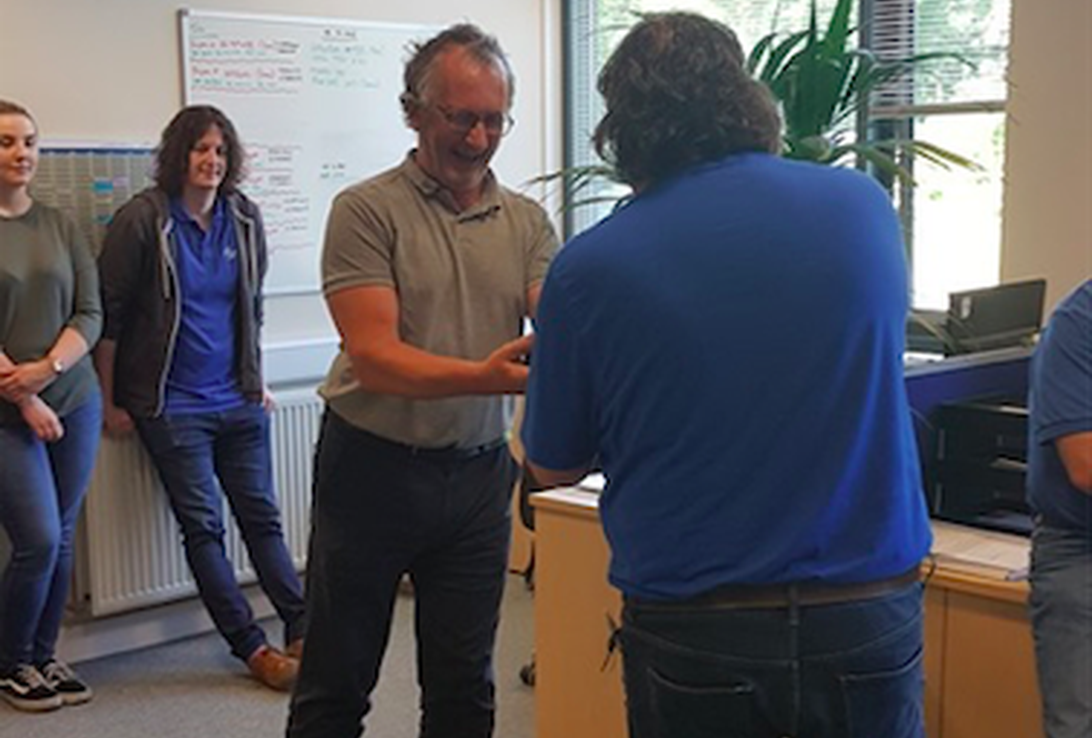 Colin Ayers, Service Manager, has finally hung up his tools after coming to Hart Biologicals over five years ago.

Colin, who graduated from University College London in 1977, has worked in similar roles for organisations across the UK, including Helena Laboratories where he met Alby Pattison in 1989.

Colin said: “After Alby had left to start Hart Biologicals we kept in touch and regularly met up with him and others, including Hart Bio’s Sales Manager, Paul Bates, who was also with us at Helena.

“Around about 2013 at one of these regular meets, Alby asked me to join the Hart Biologicals team, and at the time, I was thinking about retirement but thought a part time job would be ideal. That was how I ended up going to work in Hartlepool and to have Alby and Paul as co-workers again was great.

“The way the company was going, I was happy to be helping out by using my expertise and experience to help Hart Bio expand. That was basically what Alby wanted when he asked me to join.”

About two and a half years ago, Hart Biologicals was still expanding, and Colin was undertaking the external servicing of machinery with a second technician maintaining internal machinery. Due to that expansion, workload was getting larger, so Hart Bio hired a third technician and Colin took it upon himself to train them.

Colin said: “Now that I’ve come to fully retire, I believe I’ve left the company in very good hands and I can rest easy. I am planning on coming back to see the team soon though.

“Quite honestly, all I can say about my time at Hart Biologicals is it was wonderful. Everyone from management downwards was absolutely first class. The team were always extremely helpful, and I got on extremely well with everyone there. I hope they can say the same about me. Staff turn-over was always very low as Alby always looked to keep his team happy. He was an absolutely superb boss.”

Now that Colin is retired there are a number of things he’d like to do. He said: “My first plan is to sort myself out financially. I have little pockets of money all over the place and I need to bring all of that together. Financial paperwork bores me to tears but it’s got to be done.

“I’ve spent a number of years dabbling in property and I own a small country cottage in Cumbria which I need to look at. One of my plans will be to maybe sell that property.

“I have no real plans of zooming off to some far-flung exotic location although I do like to travel. You find when you get a bit older you start to slow down a little and I have all of these grand plans of what I want to do but they may take just a little longer. It’s nice to have a bit more time to do them.”

And he added: “I just want to thank everyone very much for making my time at Hart Biologicals as brilliant as it was. They’re a super team and I wish them the best and I hope the company goes from strength to strength in the future.”