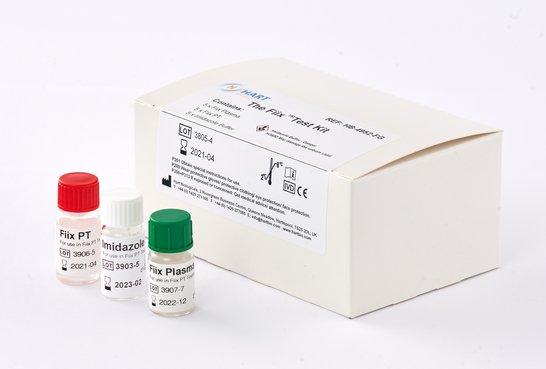 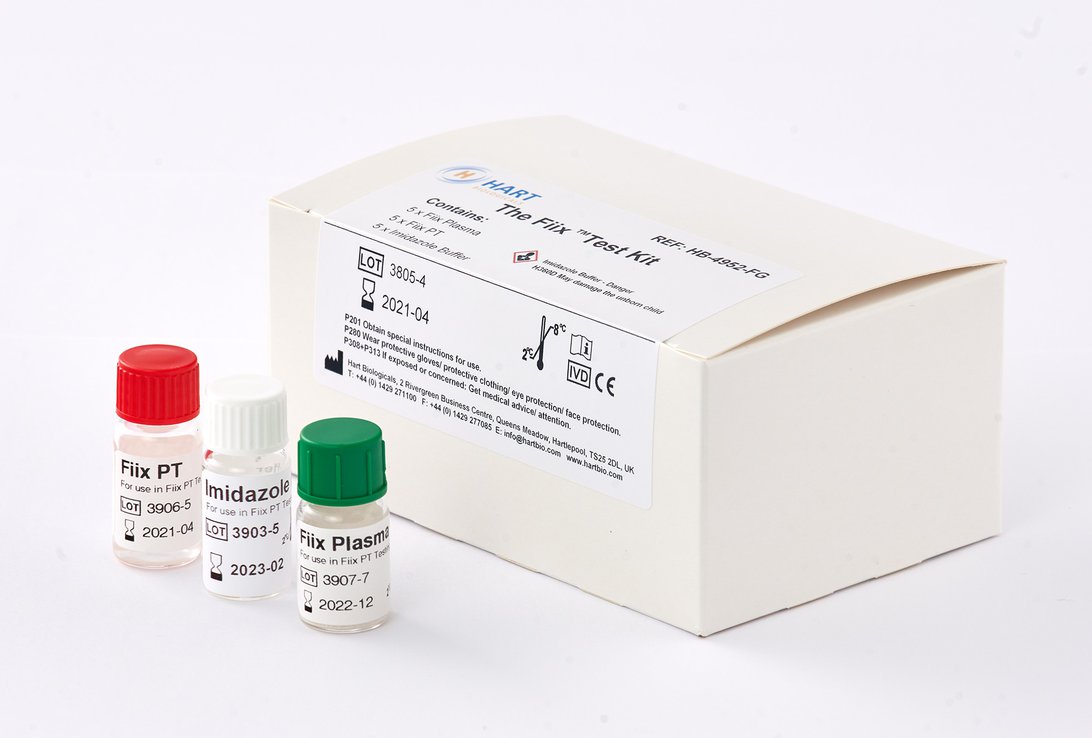 Landspitali, the National University Hospital of Iceland, is one of many using Hart Biologicals’ new Fiix-PT (Fiix-NR) test, a new modified PT to improve warfarin management and outcomes, since replacing the traditional PT-INR in 2016.

The team in Anticoagulation Management Service at the hospital has noted a “major difference” when dosing warfarin patients using the new test.

We approached them to share experiences and gain feedback from using our products.

Gunnhildur Magnusdottir, R.N., Supervisor of Anticoagulation Management Service at Landspitali National University Hospital, said: “Since we replaced the traditional PT-INR with the new Fiix-NR, we make fewer and smaller warfarin dose adjustments than we previously did; most patients require considerably fewer tests than previously to maintain stable anticoagulation.”

“During warfarin initiation, the Fiix-NR rises slower than the old PT-INR but in order to prevent early over-anticoagulation, dose adjustments must be made differently from during PT-INR monitoring.

“Therefore, we modified our manual warfarin initiation protocol to accommodate for the slower moving Fiix-NR during initiation and since then, it has been easier to stabilise the anticoagulation safely in new patients. Traditional INR based dosing protocols work just fine during maintenance treatment.”

The PT measurement provides a ratio known as the International Normalised Ratio (INR) which is used to assign the daily dose of warfarin a patient should use until the next clinic.

Using this new Fiix-test to generate the INR (or “Fiix-NR”) value has been shown in trials to provide patients a better outcome from their treatment.

“We used to bring patients in for repeat testing within a week after a significant dose adjustment but now, with Fiix-NR, we rarely do re-testing until after at least two weeks. In contrast to the old PT-INR monitoring, with the new Fiix-NR, we hardly ever observe an INR of 10.

“When we temporarily had to return from Fiix-NR to PT-INR monitoring due to production shortages, we immediately saw increased fluctuations and PT-INRs over 10. Once the Fiix-NR was available again the variability has decreased again.”

Hart Biologicals is also pleased to say that now there is availability of The Fiix™ Test as a fully validated and compliant IVD product.