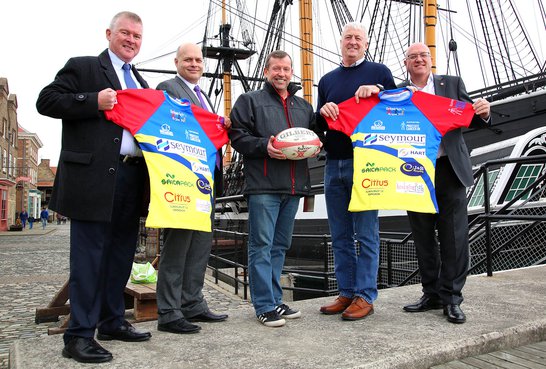 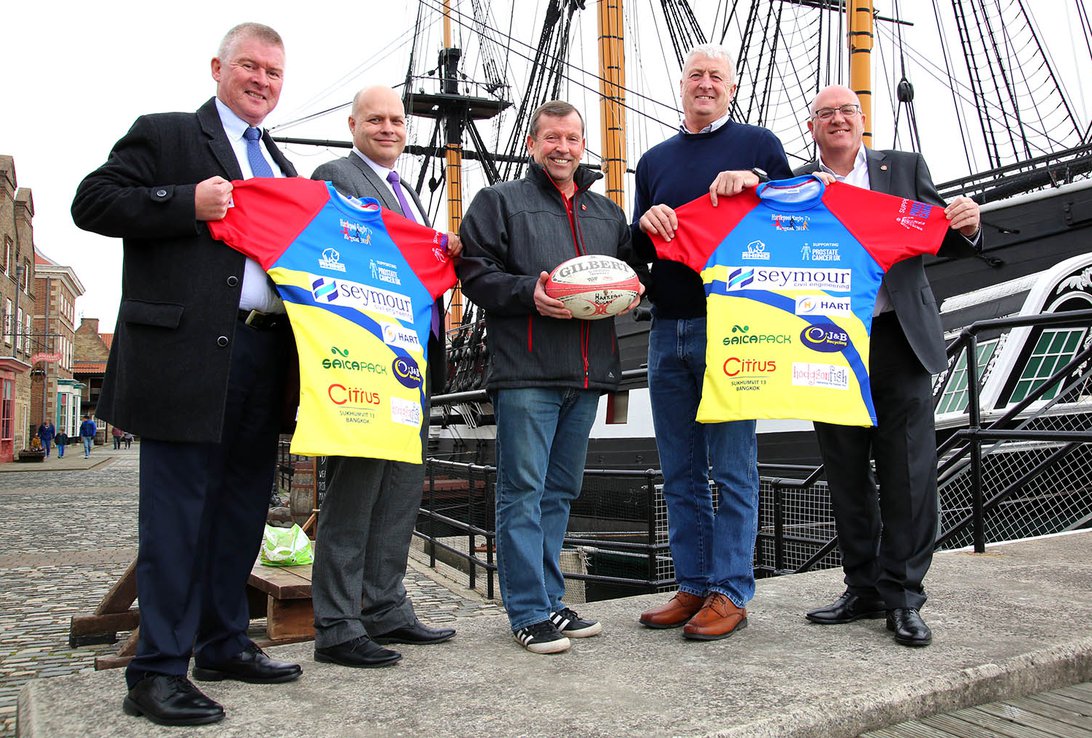 Hartlepool's United rugby team is ready to fly the flag again at a major overseas sporting spectacular - thanks to heavyweight businesses packing a sponsorship punch.

Hart Biologicals, J&B Recycling and Seymour Civil Engineering have scrummed down to back Hartlepool's second crack at the Bangkok International Rugby Sevens.

The squad, made up of 11 players from four Hartlepool & District clubs, will compete in the International part of the event this weekend in the Thai capital.

The town's entry into the Bangkok Sevens was the inspiration of the founder and managing director of Hart Biologicals, Alby Pattison MBE, whose internationally-renowned company are the principal sponsors of the entire tournament which is played on Saturday and Sunday.

Alby was at the Historic Quay earlier this month for the presentation of the 2018 strips to Hartlepool manager, John Bickerstaff, and coach, Michael Ainslie, along with Mark Penny, from J&B Recycling, and Kevin Byrne, from Seymour Civil Engineering.

"It is fantastic that Hartlepool is competing at such a high-profile tournament again," said Bickerstaff.

"But we're only able to compete on the international stage thanks to the support of Hart Biologicals, J&B Recycling and Seymour Civil Engineering.

"They have made the vision become a reality and we're looking forward to going even better than we did in 2017.

"We've kept a core of players from last year and believe we have a well-balanced squad who can challenge this time."

The Bangkok International Rugby Sevens is an amazing two-days of rugby and sporting fellowship.

"There is something for everyone," said Bickerstaff. "There are teams from Thailand, Kazakhstan, Spain and Laos in the international section."

As well as the names of their sponsors on the colourful jerseys, there will also be the logo of Prostate Cancer UK. Bickerstaff explained that the squad were unanimous in wanting to raise money for the charity.

“Prostate Cancer UK is putting millions into research and promoting awareness and we felt in Movember, the month when so many people grow moustaches to raise money, that we can do our bit in Thailand.”