Hart Bio believes in the importance of apprenticeships 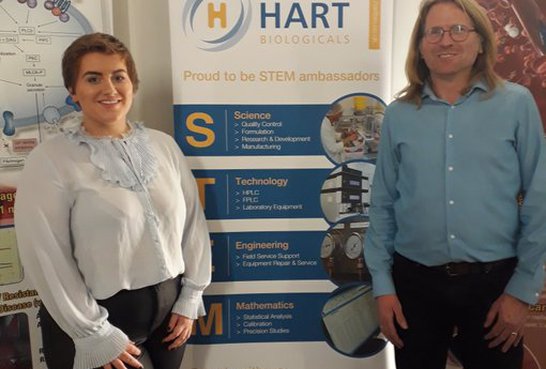 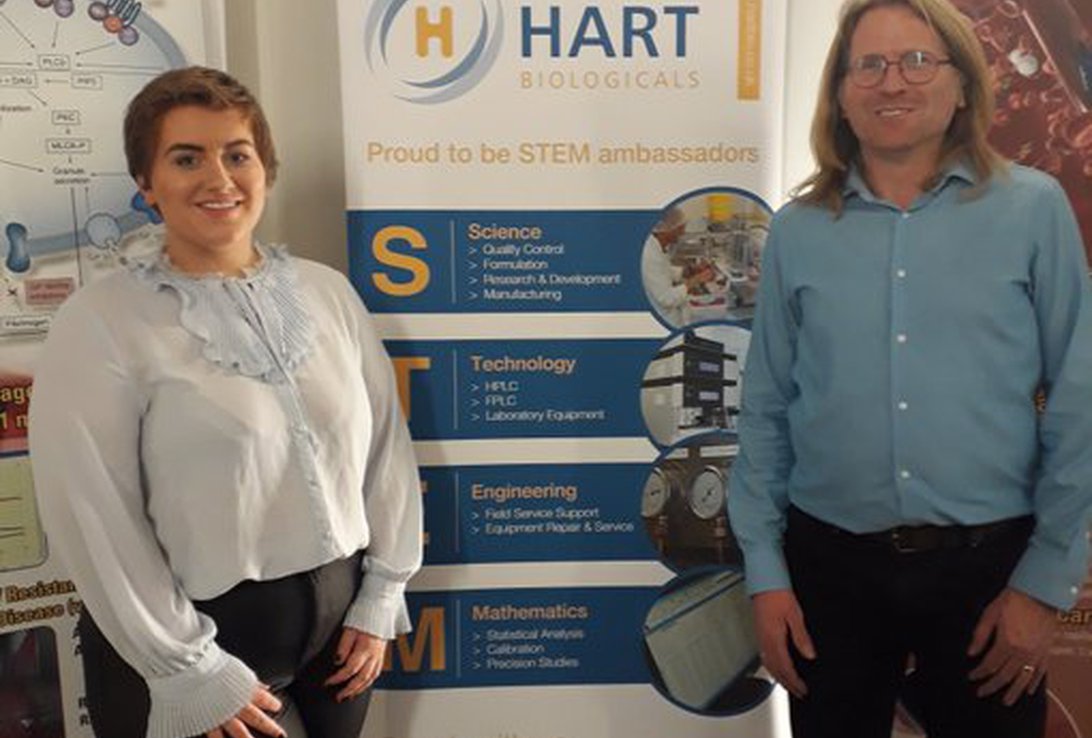 As a company, Hart Biologicals is constantly championing the important role apprentices can play across departments throughout its organisation.

As part of this, members of the Hart Biologicals team regularly attend a variety of apprenticeship events such as National Apprenticeship Week at schools and colleges to promote what the company can offer.

Jason Pattison, Operations Manager, and former apprentice and current administration assistant, Jasmine Pattison recently attended a local event which saw employers from across the STEM industries promote a variety of apprenticeship opportunities to local learners at Hartlepool College of Further Education in the North East of England.

Jasmine said: “My apprenticeship was key for me in developing the skills I needed to take that first step on my career ladder. If it wasn’t for my course, I wouldn’t have found myself working in such an innovative industry. It’s important I use my experience of apprenticeships to inspire the next generation of learners.

“That’s why events like this are so important and I’m happy I can play a role in supporting them and to have the opportunity to represent Hart Biologicals.”

Over the years Hart Biologicals has taken on a number of apprentices with many of them finding themselves becoming employed by the company.

Recently, current members of the team undertook CPD training to ensure staff can improve skills and progress through the company.

Jason said: “Many members of the Hart Biologicals team began their careers with us as apprentices and I fully believe the scheme offers a great alternative to traditional education by allowing people to learn key skills on-the-job.”

Jason went on to say: “We have number of functions across the company where people can learn different types of skills, in production, quality control, quality assurance, engineering, IT, sales and marketing and start to build a career.”

Anyone with an interest in becoming an apprentice with the company should write in confidence to Human Resources at Hart Biologicals.