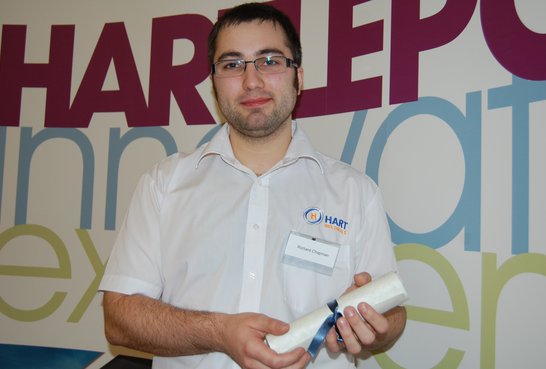 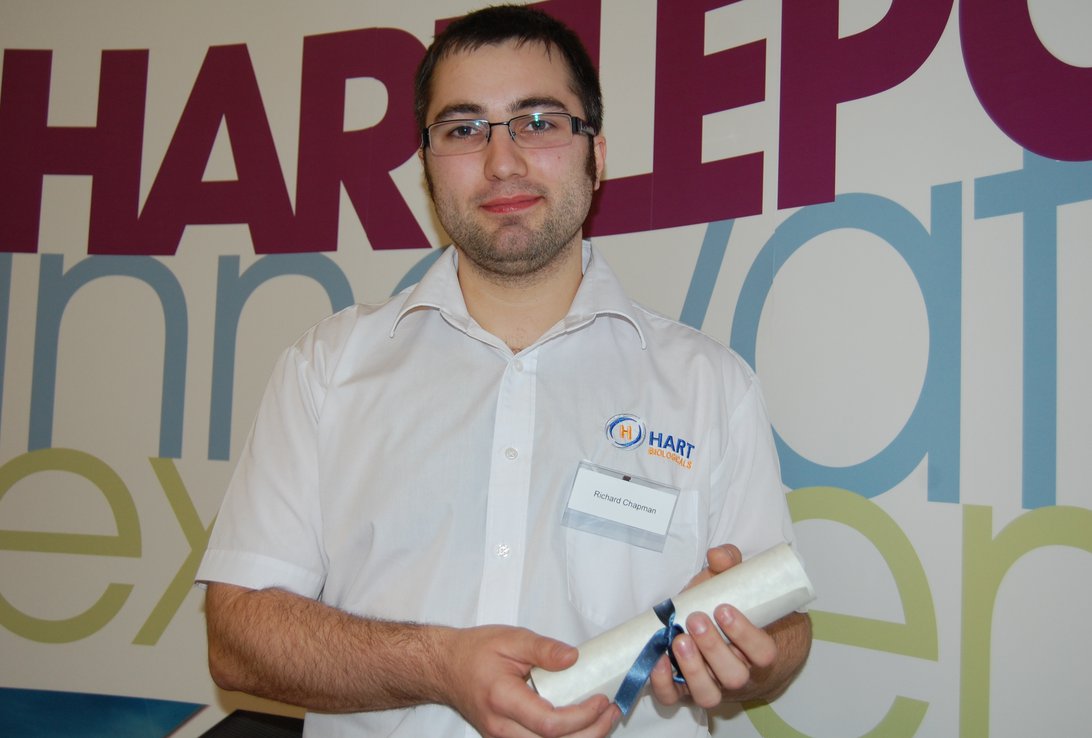 AN EXCEPTIONAL employee from Hart Biological’s has been honoured at an awards celebration.

Richard Chapman, from the Hart Innovation’s Research and Development team was shortlisted for ‘Employee of the Year’ in the Hartlepool Youth Investment Awards.

The ceremony celebrated the town’s young workers while noting the drop in youth unemployment within Hartlepool, which has fallen to under 10% for the first time in six years.

Richard, who was awarded runner-up in his category, said: “I’ve been learning the ropes at Hart Biologicals for over four years now and have enjoyed every second.

“The company has continually supported my passion for science and it’s great to be representing them at these awards.”

Richard studied A levels at Hartlepool Sixth Form College and went on to Nottingham University. But after a year of study he decided it wasn’t the right path for him and returned home, taking on full-time work.

Richard then approached Hart Biologicals through a mutual friend and began working as a trainee R&D technician.

He is now a STEM Ambassador and also trains other staff on roles and protocol.

Richard added: “I have definitely grown with the company and have much more independence when working on projects.

“I took a route not many people are aware of and tried out many different avenues before I found a career I could settle into, so it’s great to get recognition for the work I’ve been doing.

“There’s such a great team at Hart Biologicals and I cannot wait to keep progressing within the company.”