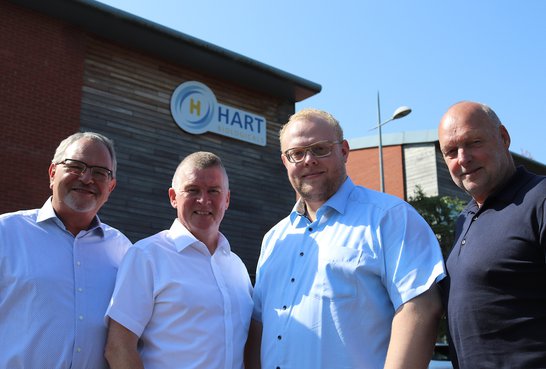 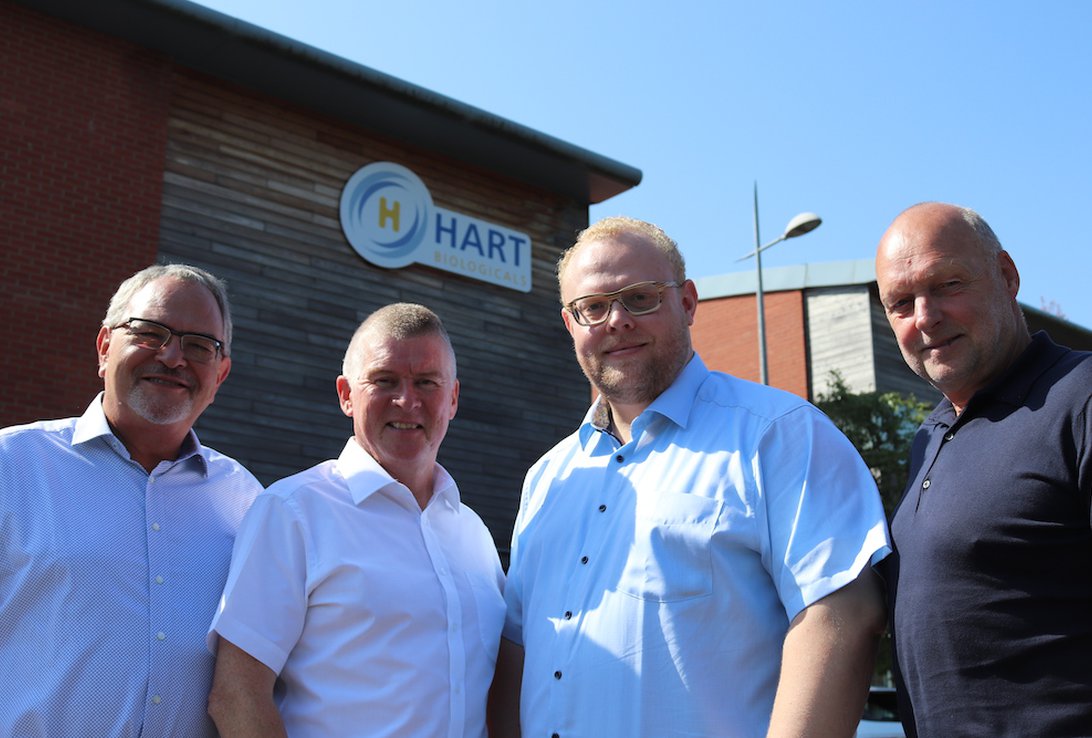 Alexander Ebinger, former head of Research and Development, has been appointed as the company’s new Managing Director, replacing founder of the company, Alby Pattison, Thomas Ebinger and Chris de Pijper will act as consultants for Alexander.

Alex said: “I’m looking forward to the challenge of guiding Hart Biologicals into its next chapter. I have a great team of motivated staff and managers that will support me in this and that are eager for new opportunities.”

Thomas and Chris have worked together for 25 years in the field of haemostasis and have set their sights on a ‘substantial growth’ and increase of sales at the Teesside-based company.

Thomas said: “The company has a significant knowledge in an area that we believe will have massive importance in the coming years.

“There are opportunities that we can see to help Hart Biologicals grow without additional investments and Alby agreed with that. He felt his expertise laid more in research and change was needed to help bring about what we’ve called Hart Chapter Two.”

The company, which employs around 50 people at its site in Hartlepool’s Rivergreen Business Centre will now look to increase its sales and presence in developing markets in Africa, Asia and South America.

Chris said: “I see a lot of potential and hidden strengths in Hart Biologicals.

“I’m looking forward to help implement an innovative sales and marketing process to awaken its true potential. We have clear ideas on this and will support Alexander throughout.

“I’m also happy that we were able to reach a deal with Alby as we will need his skills going forward.”

Alby Pattison, who started the company in 2003, said: “The next phase of growth for Hart Biologicals is very much building the sales and marketing activities of the companies.

“This was an area where I lack direct experience, but the new owners are experienced senior executives in these areas, so they are well placed to continue on this path.

“The job security of the staff is important to me, I’m happy that the company is in safe hands. I’m also staying involved as a scientific consultant which I look forward to.

Alex concluded: “It is absolutely our plan for Hart Biologicals to remain based where it is now. We’re happy with the site and with the company’s relationship with local colleges and  universities, including Hartlepool College of Further Edcuation.

“Hart Biologicals will continue to be a successful stand-alone business and we aim to grow the company and continue the path Alby started 17 years ago.”